Boconnec is in the middle of western Brittany, 6 km south-east of the little town of Rostrenen, 5 km south of Plouguernével.

Rostrenen is easy to find on a road map, on the N 164 road and in the south-west corner of the département des Côtes d'Armor, not far from the neighbouring départements of Finistère and Morbihan. 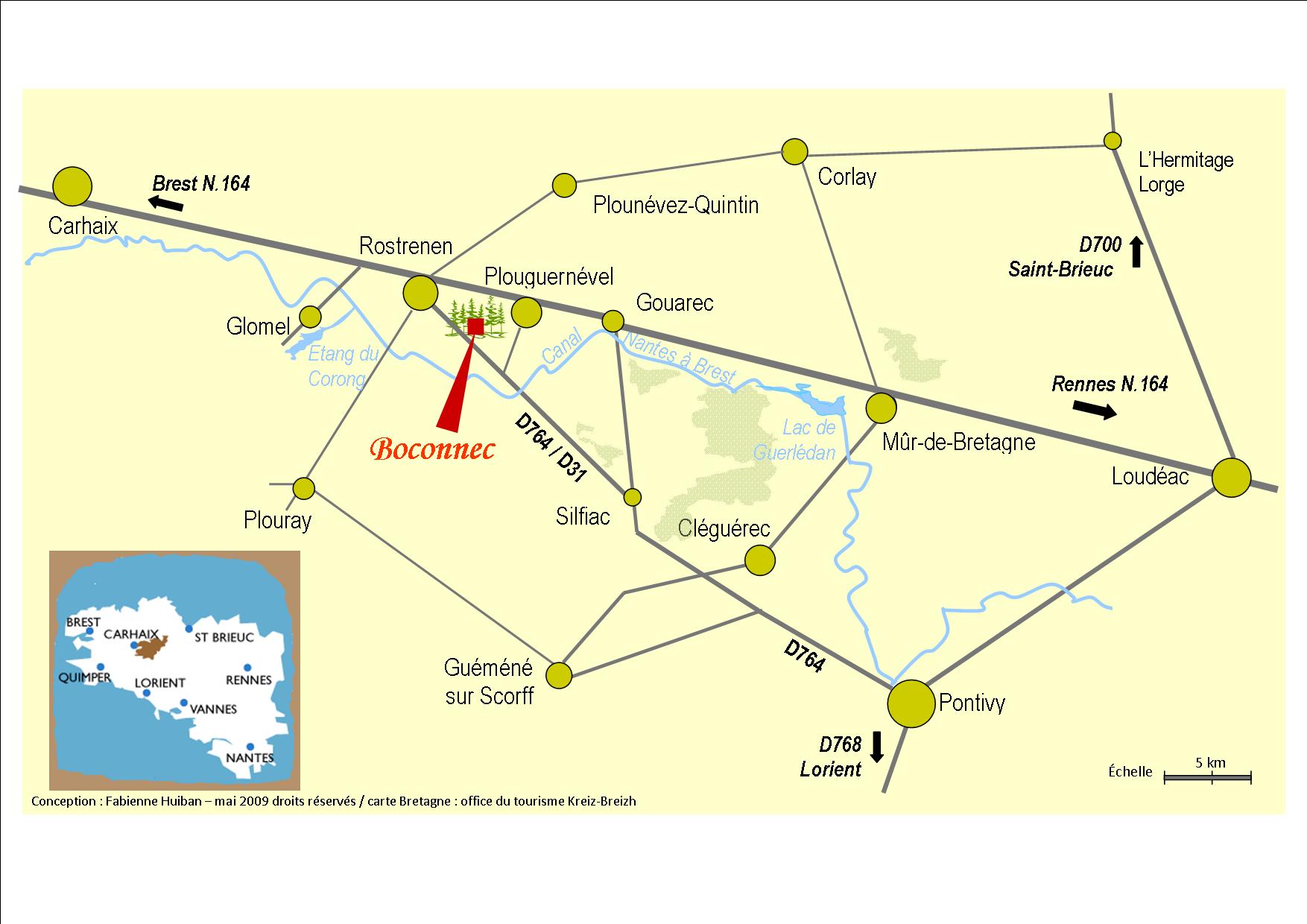 A LITTLE PROBLEM HOWEVER,
THE ROAD TO BOCONNEC HAS TWO DIFFERENT NUMBERS :
"D 31" in Côtes d'Armor, "D 764" in Morbihan and on old maps of Côtes d'Armor.

This road is also known by locals in the Rostrenen area as "l'ancienne route de Pontivy" (="the old road to Pontivy").
Redrawn in the mid-18th century, it now is a rather modest countryside road
but it was considered a very good road (and the most direct road from Brest to Angers!) till the 1970s. 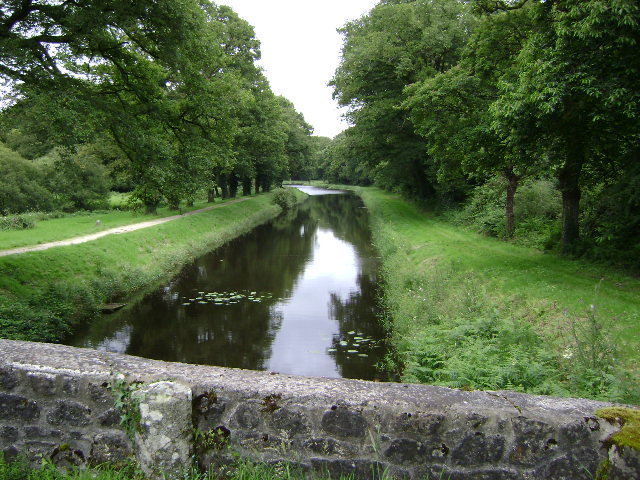 2.5 kms south of Boconnec, the famous Nantes to Brest canal was built in the 19th century.
Its first purpose was to secure communications with the French Navy harbour of Brest
without taking the risk of British Navy attacks in the English Channel!
It is now a renowned place for leisure walking and fishing.