The name "Boconnec" (also written Botconnec, Botconec, Boconec; or Bokoneg in modern breton) is certainly very old. Its meaning is not sure but it probably means "the dwelling of Connec", Connec (Koneg) is an old breton name.

Interestingly, a place with almost the same name exists in the UK: Boconnoc, in Cornwall, this could be a clue as the Cornish and Breton languages are both Celtic languages and very close to each other.

Old documents show that in the 18th and early 19th C. two families at least lived in the village. 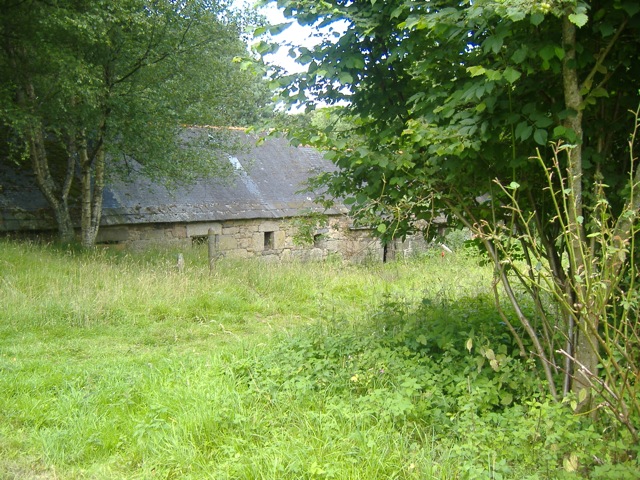 One of the old buildings. Most of the walls date from the 18th century,
but it probably had a thatched roof till the late 19th century.

Boconnec was a farm till 1982. We live there since 2007, we are not farmers but we have good relations with local farmers who collect hay or grow some crops on our field – 100% organic! 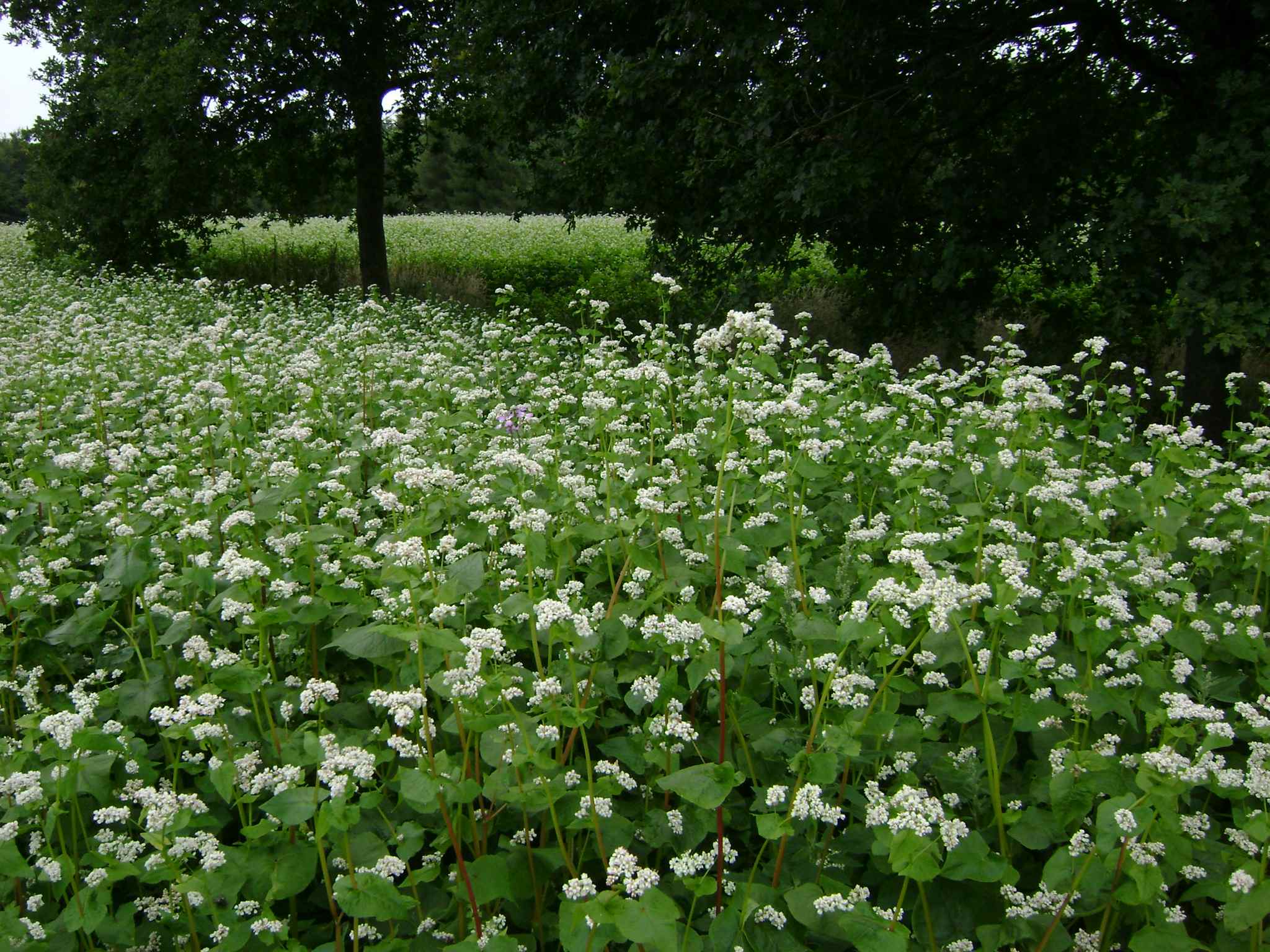 Buckwheat flowers in Boconnec, summer 2009.
Once a very common sight in Brittany
("ed du" in Breton, "blé noir" or "sarrasin" in French),
this crop is not often seen in modern agriculture
but is still useful to make traditional breton pancakes.